How to use Instant Criminal Background Checks

Can Employers Fire Someone For their Social Media? 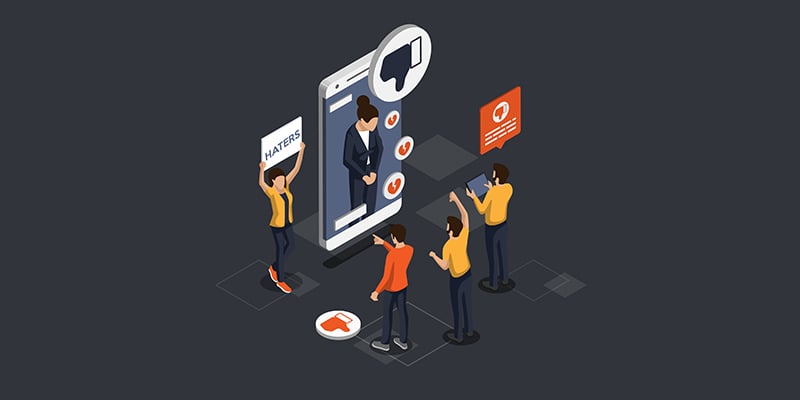 Yesterday it was reported that Gina Carano's contract wasn't renewed for her role in Lucasfilm's The Mandalorian. According to a spokesperson for the company, Carano's social media posts were in question and lead to her termination from the show. Over the past few years, there have been social media posts or tweets that have lead to consequences from employers. Do employers have the right to do this?

Can employers fire someone for their social media?

Fired for Having an Unpopular Opinion?

Some disgruntled former employees assume that they're getting let go because they have an unpopular opinion. As an example, last year when we were wondering if employees could lose their jobs for protesting, some employees actually did lose their jobs for speaking out against the protests on social media. While on the surface, it appears that people are losing their jobs due to sharing their views, the reason for termination goes deeper than that.

What About Free Speech Rights?

Employment lawyers agree that employee speech is protected under the National Labor Relations Act (NLRA), however, there are some limitations to these protections. If the employee is using company property when sharing their posts, sharing personal company information or if they are sharing unethical views that may be construed as racist, sexist or insensitive, the employer may have the right to discipline and/or terminate their employee.

Free speech may be protected when speaking as a private citizen or if they are showing public concern. If it's offensive, creates a hostile work environment, damages the company's relationship with customers or is threatening, the employee could lose their job.

Consider that if the employee shares a statement in the workplace that would justify discipline, discipline would still be justified if expressed out of the workplace.

How Can HR Legally Do the Right Thing?

A good place to start is to review the employee handbook detailing what sorts of activities would be construed as workplace bullying, offensive or other discriminatory actions. If your company has a DEI (diversity, equality, inclusion) initiative, it's advisable to include training to ensure employees are aware of what your company stands for.

Perhaps because Gina Carano is a public figure and a direct ambassador of Lucasfilm’s (and Disney’s) brand, they had a right to terminate her. Maybe Lucasfilm or Disney had a social media policy in place that Carano had to sign, and then breached. If they didn’t have a policy, and Carano never mentioned The Mandalorian or Lucasfilm in her posts, was she fired due to the bad representation of their brand? It remains to be seen.

Either way, the termination of employees due to social media will continue as long as opinions continue to be shared publicly. Make sure your company is prepared.