How and Why to Have More Vulnerable Conversations in the Workplace

Read
by Ryan Howard on December 04, 2014 Types of Background Checks 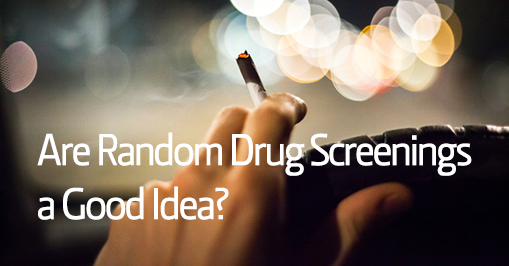 While in Colorado at a recent conference, my colleague and I were riding in a taxi cab after a late dinner. Out of the blue, the taxi driver offered to take us somewhere to purchase marijuana. Even more shocking than that, he said he would smoke it with us if we decided to buy it.

This scenario left us shaking our heads but also spurred this great blog topic. Because marijuana is legal in Colorado, can this taxi driver be randomly tested for drugs?

Drugs in the Workplace

I'm reminded of the Harry Chapin song, Taxi:
“And me, I'm flying in my taxi,
Taking tips, and getting stoned,
I go flying so high, when I'm stoned.”

When doing a bit of research, there are some staggering statistics about drug use in the workplace. In 2007, it was estimated that almost 76 percent of adults who use recreational drugs were employed. Other statistics show:

Drug testing in the workplace is generally regulated at the state level rather than the federal level. The exception to this rule would be federal employees in jobs that require a high degree of accountability and precision, such as a nuclear engineer or military contractor.

In most other cases, drug testing is left up to the individual employer and mandated by the state. Another rule of thumb is that employers are usually not allowed to give drug tests to huge swaths of employees at once or give random drug tests without a solid reason.

An employee working in a job that requires 24/7 sobriety and precision, such as a fork lift operator or air traffic controller, could be screened with a random drug test. The rationale behind this kind of random drug test is avoiding a potential serious accident or mishap.

An employer could also consider giving a random drug test to an employee suspected of using recreational drugs. Moreover, most states side with the employer if an accident occurs and the employer subsequently wants to give a drug screening after the accident to see if drugs were involved and a contributing influence.

An employer can give a random drug test when there is reasonable suspicion that the employee might be using, selling or impaired by drugs in the workplace. A dip in productivity combined with slurred speech and abnormal behavior might be reason enough to give an employee a drug test.

As a particularly topical example, many people in Colorado and Washington have questions about the recent decriminalization of marijuana and the employer's responsibility to give random drug tests.

If, say, a taxi driver in Colorado shows red eyes, mumbled speech and difficulty remembering the directions you just gave him, should the employer be testing that employee regularly? Is that legal?

The owner of the taxi company could certainly give a random drug test to that taxi driver. Why? Because there's a reasonable suspicion that the employee was impaired while on the job and impairment could cause serious injury.

What Can an Employer Do?

To protect yourself as an employer, make sure to:

And most importantly, know your employees. Create a safe place for employees to report anything remiss with their colleagues. After all, your business is on the line.

What Background Checks Do Most Employers Use?

Common HR Violations of the FCRA